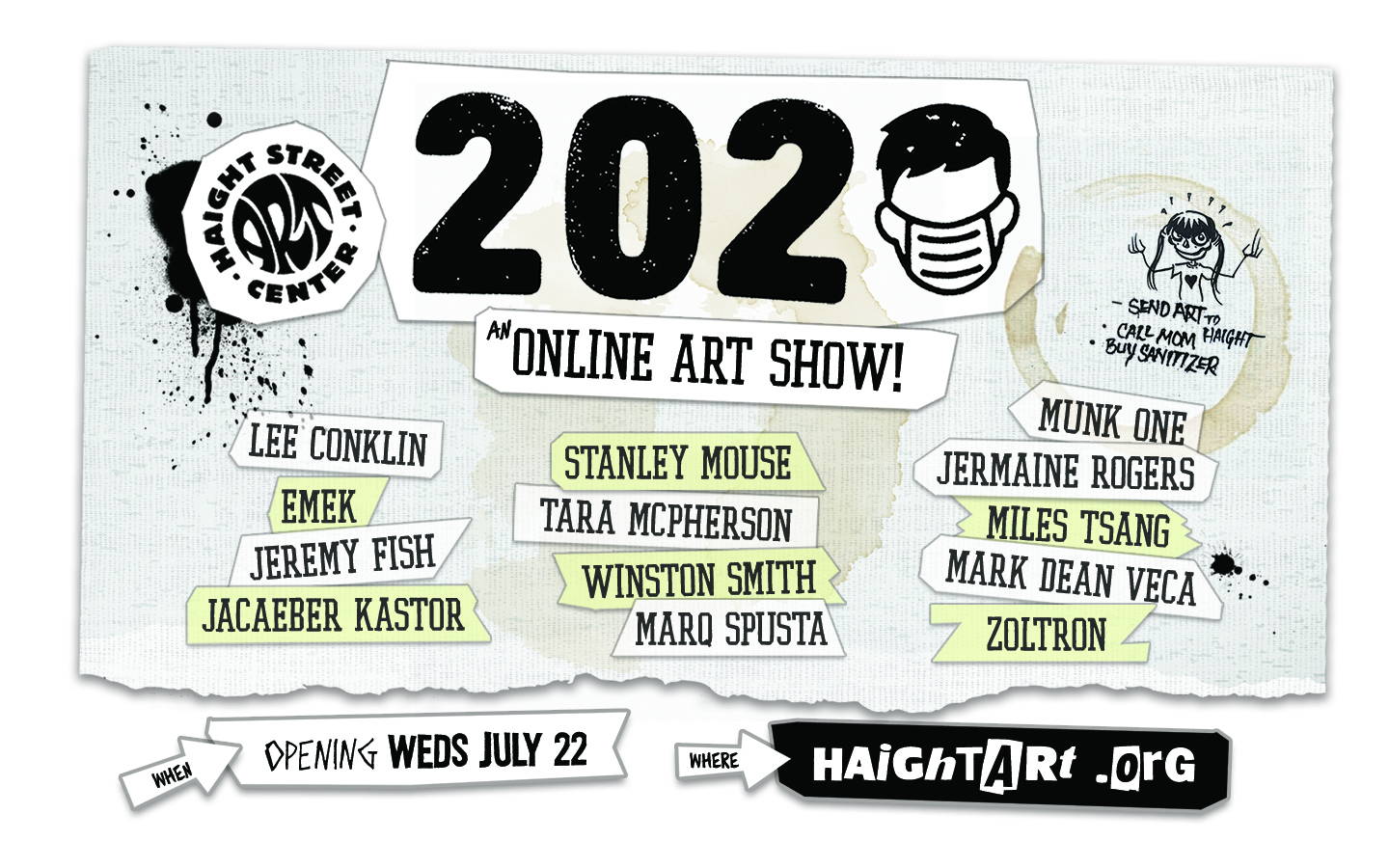 Lee Conklin was born July 24, 1941 in Englewood Cliffs, New Jersey, the sixth of seven children of Phoebe and William Conklin. He was raised in Monsey, New York and attended Monsey Grammar School and Spring Valley High School. Lee went on to attend Calvin College where he was the cartoonist for the newspaper and where he met his wife, Joy. Lee was drafted into the army and stationed in Korea, where he painted murals on mess hall walls.

From early childhood, Lee identified as an artist and after being released from active duty in California, was drawn to the poster art coming out of San Francisco. He published some cartoons in the Los Angeles Free Press and then went on to publish BG101 for Bill Graham Presents. More than thirty additional posters followed.

Lee’s fascination with the poster form continues and has lasted over fifty years. He remains obsessed. 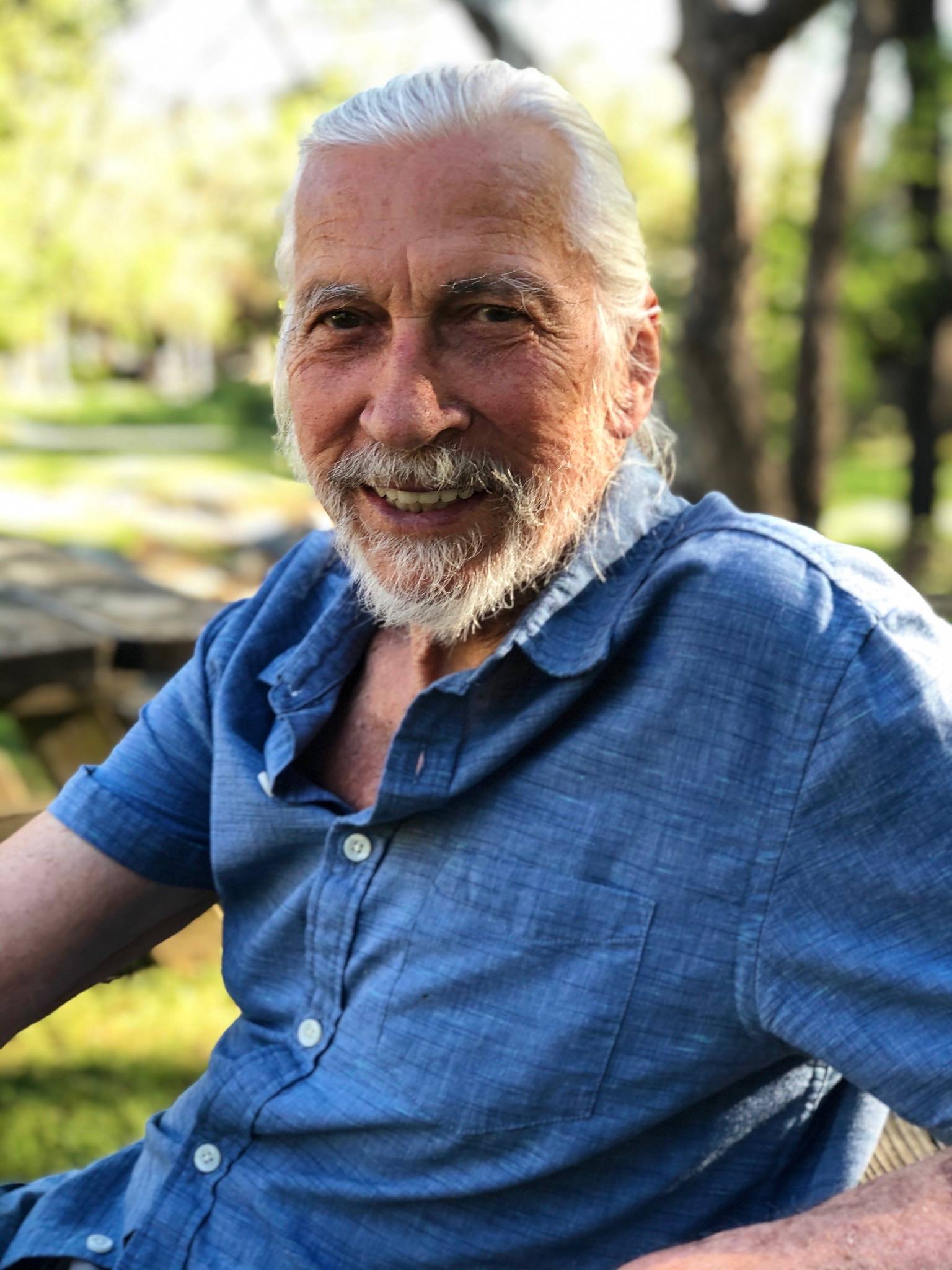 "The Thinking Man's Poster Artist." Emek graduated with a Major in Art, and a Minor in Unemployment. His first poster commission was done immediately after the L.A. riots/uprising of 1992, for a unity rally and concert held on Martin Luther King Day. "On scratchboard, I depicted an image of Martin Luther King Jr., rising above a concert crowd. No copies of this poster remain, but it does hold special meaning for me as the seed of my career". 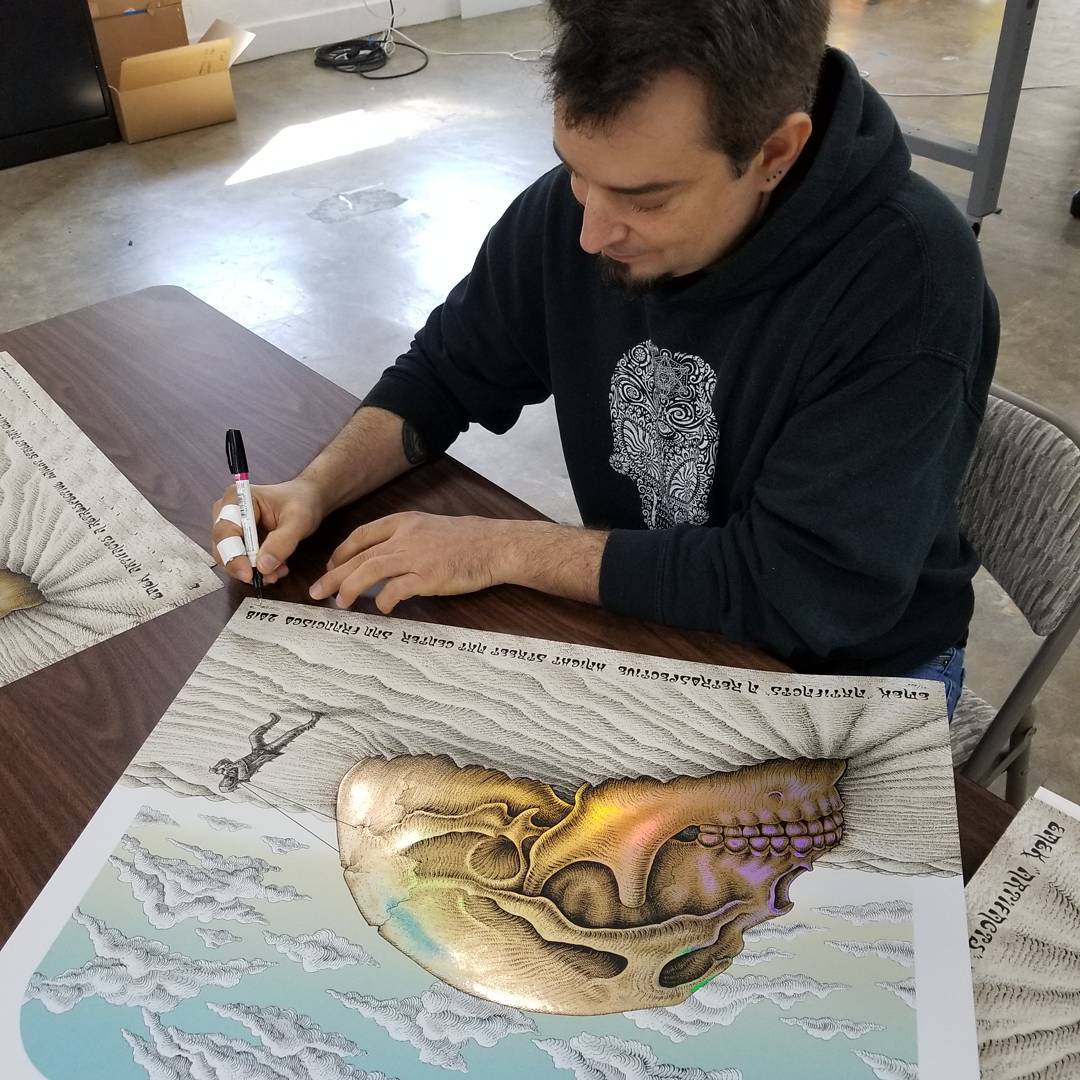 Jeremy Dan Fish was born in Albany, New York in 1974 and relocated to San Francisco in 1994. Finding a balance between exhibiting his work across the US, and internationally in galleries and museums. While producing commercial illustration projects for a wide range of corporate and independent clients all around the world. Fish was the first ever San Francisco Arts Commission artist in residency at SF City Hall in 2015 to celebrate the 100th birthday of the building. He was also the artist in residency at Coit Tower in San Francisco in the summer of 2017. Mr Fish created the Haight Street Bronze Bunny statue in 2016, located at the Haight Street Art Center, it is the largest crowd funded public bronze statue in California. In 2015 Mayor Ed Lee officially declared that November 19th is "Jeremy Fish Day" in the city of San Francisco.

I was raised in Berkeley, son of painter Sue Kastor, amidst her collection of beat era artist and miscreant friends. Exposed to way too much, probably way too early, those formative years being in the Berkeley of the 60’s. In 1975 I made a drawing, that I believe inspired the idea that being an artist might be my path. My mother said she felt sorry for me. She was sad I was going to be poor. Driven by curiosity and despair I began a precocious existence as a spiritual seeker. Drawings took forever. Money I would earn selling them evaporated instantly. I buried myself in good old fashion hard work in the construction trades. Always too exhausted to make art after I came home. But that buck or two opened new doors.

On to the Blade Runner-esque New York City of the late 70’s. That wonderfully insane place made me realize I knew little about “the real world” having grown up in an opalescent bubble, that was the Bay Area. Moved to NYC, I just suffered and partied and networked, and opened an art gallery, as a way to get back to my artistic inclinations. 'Psychedelic Solution' reflected my serious passion for psychedelic art. I had collected trippy posters, etc since jr high. I met all my art heroes. I showed all my art heroes. The gallery allowed me to start an archive of psychedelic art. I spent 20 years just studying it and working with the practitioners from so many traditions.. The eventual sale of my business, allowed me time to get back to making art, but this time around not having concerns related to the business of making art. I be as obsessive as I damn well please, and explore whatever the heck I want to for as long as it takes. And due to my sort of backwards romp of an art career, I can say I am very lucky to have been influenced by so much amazing art, so many artists and, such an interesting multiverse. 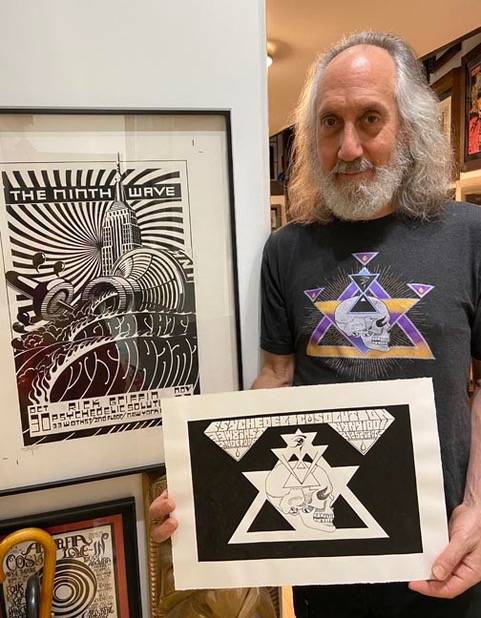 Tara McPherson is an artist based in New York. Creating art about people and their odd ways, her characters seem to exude an idealized innocence with a glimpse of hard earned wisdom in their eyes. Her portraits explore the realms of our psychological states, inspired by myths, legends, astronomy, physics, nature, love, loss, childhood, and good old life experience. Giving us a peek into the complexities of the human psyche through her other worldly characters. 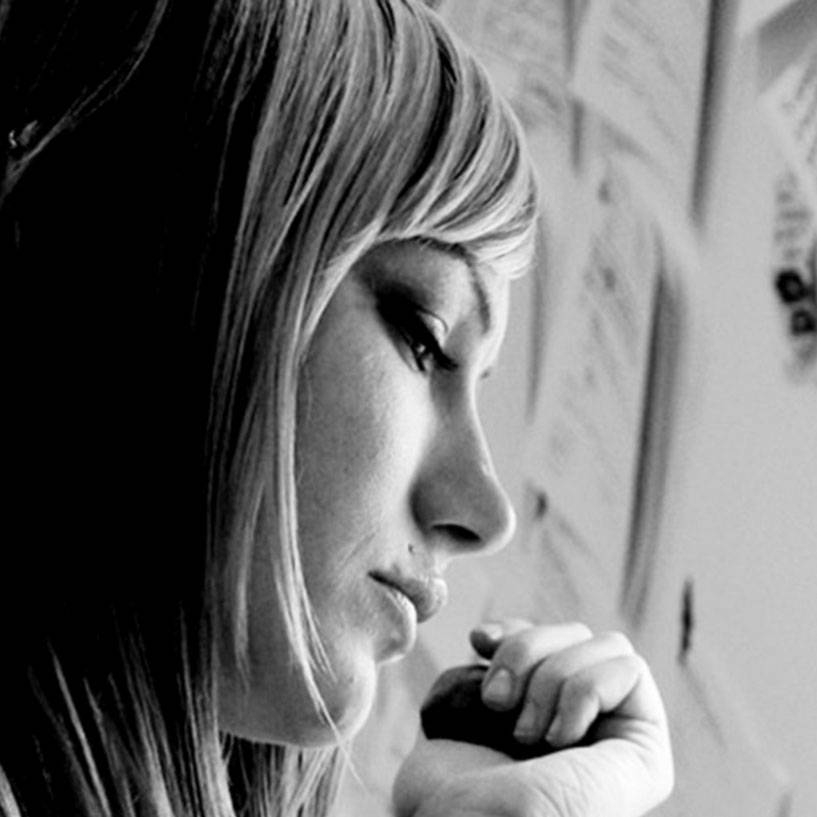 The art of the 1960s in San Francisco is impossible to imagine without Stanley “Mouse” Miller. Mouse’s vast and eclectic output over his more than 60 years of making work is a resounding testament to that truth. Mouse has been a major contributor to movements from the 1950s to the present day, and has had a substantial influence on the style and work of generations of artists.

Mouse shows no signs of slowing down, and continues to produce beautiful, challenging, and often humorous work to entertain, delight and provoke his audiences. This show is only one more stop along Mouse’s journey of artistic evolution. 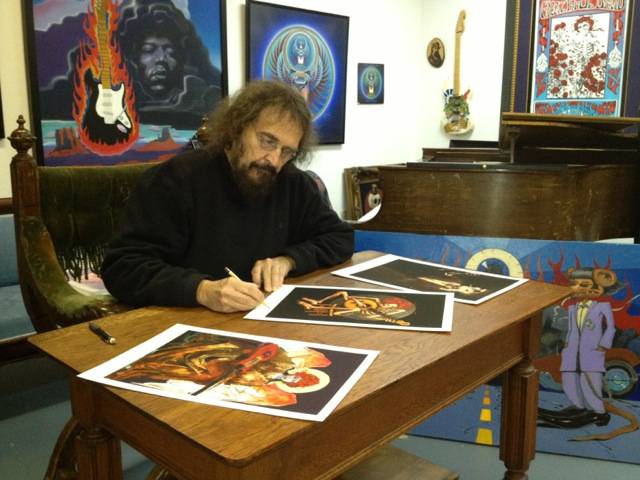 MUNK ONE is a contemporary American Illustrator, Poster Artist, Political Cartoonist, and Fine Artist from California. He is well known for creating artwork for major label musical acts and world-renowned brands, recognized for their creativity. His fine art has gained much attention through many galleries both at home and abroad. 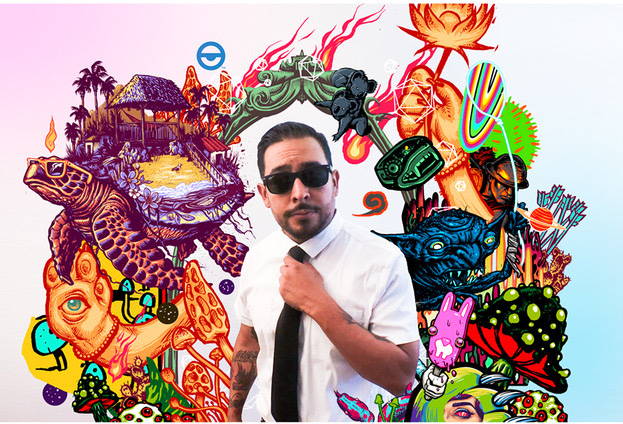 View the entire Munk One Collection

Jermaine Rogers first achieved wide notoriety in the field of modern ‘rock art’, also known as ‘gigposter’ art, as well as serigraph and fine art production. Since 1995, he has created posters and artwork for a wide variety of musical artists, including Queens Of The Stone Age, David Bowie, Tool, Neil Young, Pearl Jam, Radiohead, The Cure, Public Enemy, Nine Inch Nails, Run The Jewels, Foo Fighters, and many others.

Rogers is also a recognized force in the ‘designer toy’ fine art scene, which involves the creation of meticulously crafted vinyl & resin figures, and are fanatically sought after by contemporary ‘pop art’ collectors.

Rogers' work is cataloged among the permanent collections of the Rock and Roll Hall Of Fame in Cleveland, Ohio as well as the Experience Music Project in Seattle, Washington. His prints, paintings and ‘designer vinyl’ figures and sculpture are collected worldwide, and have been featured in various books, periodicals, and several feature / documentary films. 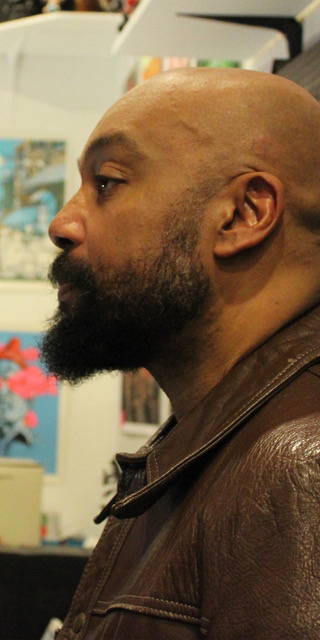 Punk Art Surrealist Winston Smith, a master of “hand-carved” collage, has been crafting his thought-provoking art since the 1970’s. After being abroad for six years, Winston returned to America and was astonished by the complacency the American public exhibited towards the corporate domination in their society. Winston began taking “safe” images from magazines and combining them to create politically charged works of art that challenge the viewer to confront incongruities and political paradoxes of modern society.

Smith first became known (and later beloved) for his collaborations with punk legends Dead Kennedys and his numerous album covers, inserts and flyers for the band in their formative years. His technique of cutting out by hand and gluing each individual element has inspired a generation of artists.

In 1981, his political shock piece, Idol brazenly adorned the Dead Kennedys album, In God We Trust, Inc. That album, banned in England and condemned by the American religious right, landed Smith and Dead Kennedys a permanent spot in the punk culture Hall of Shame. 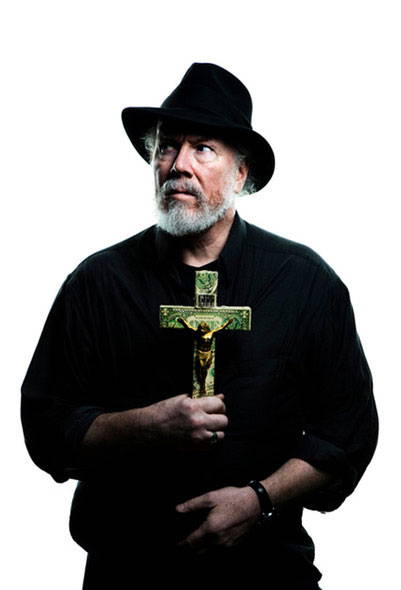 Marq Spusta is an artist type of fellow. He gets into a variety of projects, from designing concert posters to exhibiting intricate paintings. Marq lives and works alongside his wife and two small children in their home on the California Coast. 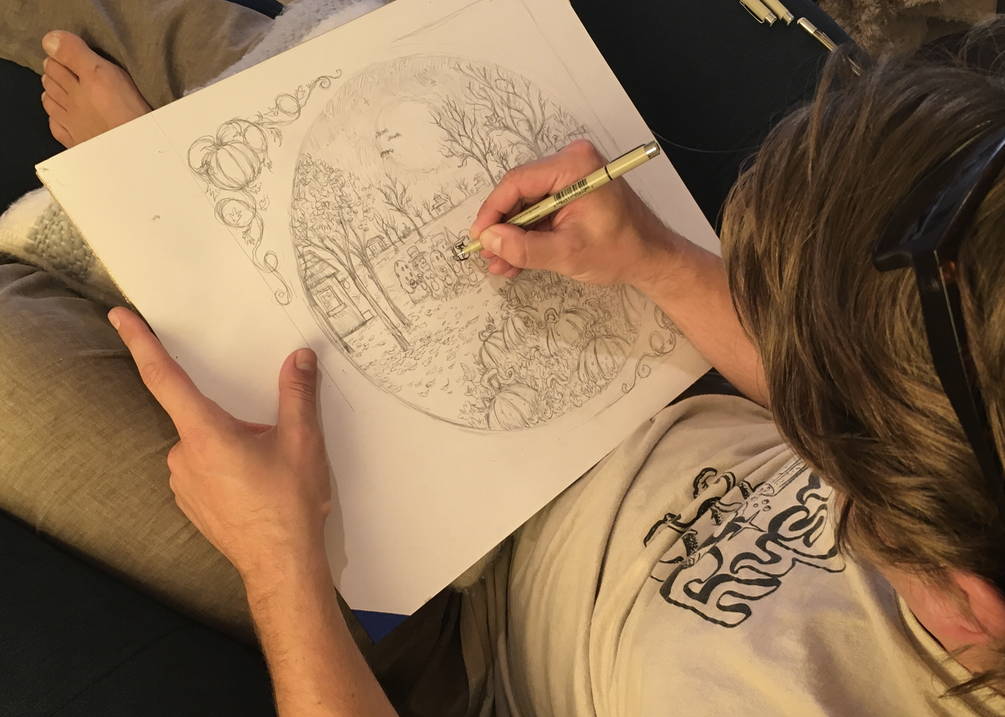 Miles Tsang is a neurodivergent illustrator and printmaker working out of Toronto, Canada. He lives for cats, pop culture, psychedelia and intense visual detail and really wishes more people would wear their damn masks. 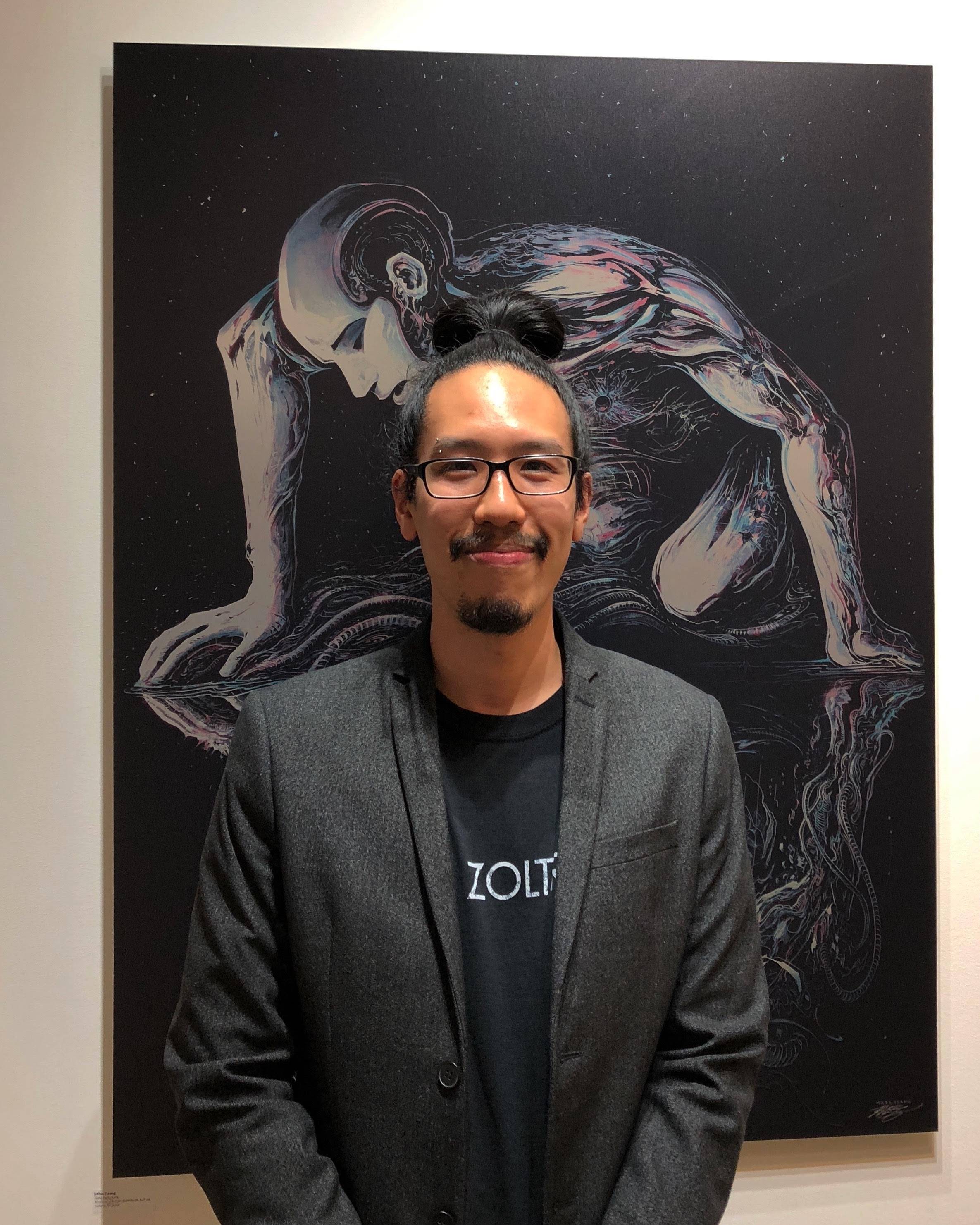 Mark Dean Veca is a Los Angeles-based artist who works in drawing, painting, public art, and installation. Born in Shreveport, Louisiana, and raised in the San Francisco Bay Area, he received his B.F.A. from the Otis Art Institute in Los Angeles.

He has exhibited extensively in solo and group exhibitions in both national and international venues including: PS1/MoMA, Queens, NY; Bloomberg Space, London; and the Orange County Museum of Art, Newport Beach, CA. Veca’s work has been reviewed in Artforum, The New York Times, and The Los Angeles Times among other publications. Awards and honors include a C.O.L.A. 2011 Individual Artist Fellowship, Pollock-Krasner Foundation Grant, and three New York Foundation for the Arts Fellowships. His work is included in numerous public collections including the Deutsche Bank Collection, Frederick R. Weisman Art Foundation Collection, and the Pennsylvania Academy of Fine Arts. 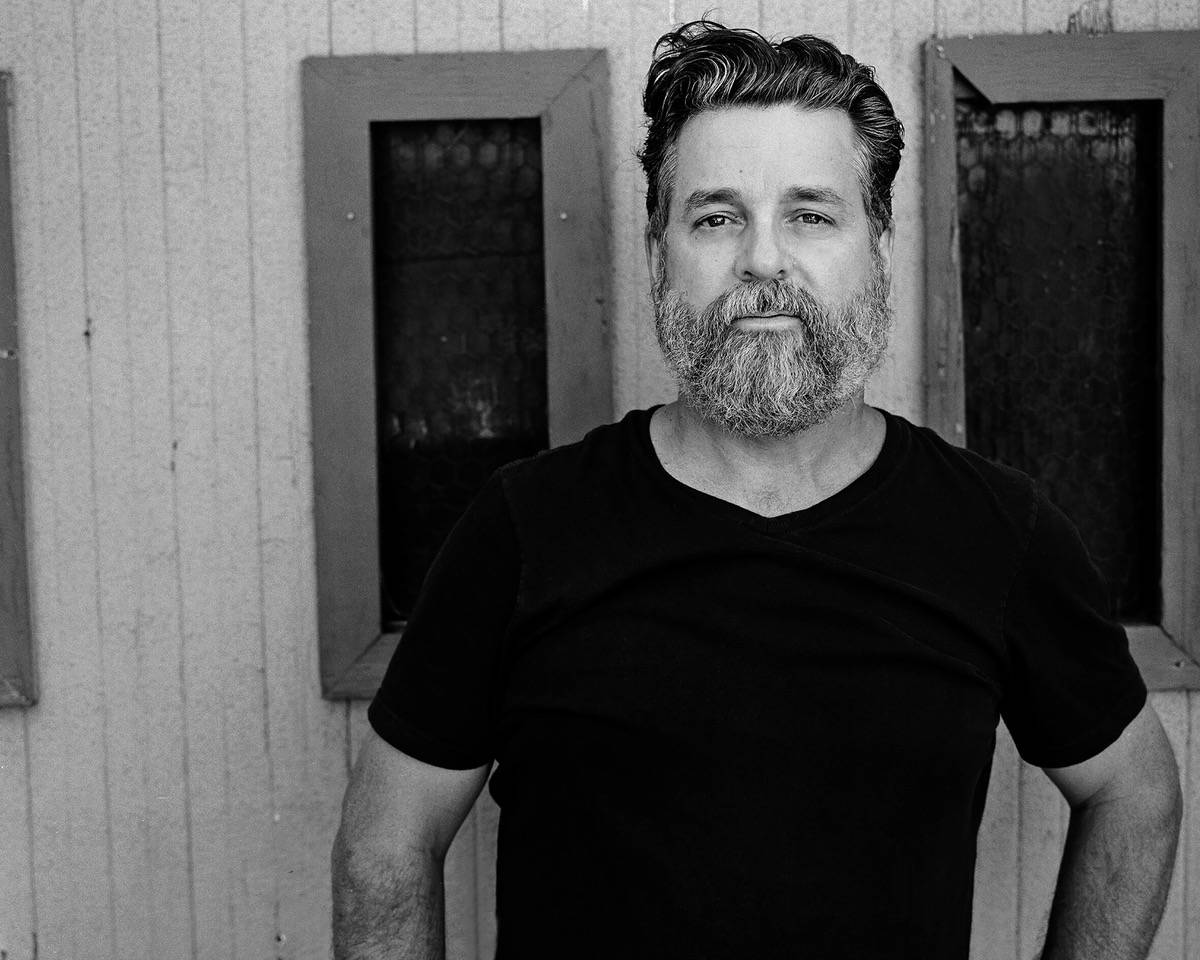 Zoltron is an enigma. A Self proclaimed 80’s teen idol, Zoltron’s wave hairdo and unique California accent epitomized a certain level of cool, which inevitably paved the way to his modest success as a visual artist. His true identity unrevealed, Zoltron is best known for his poster art, street art, and the co-creation of his children.

Zoltron's unique creations have been spotted from California to Poland, Kamchatka to Irkutzch, Thailand to Tennessee. His Artwork has been shown in galleries throughout the world, archived by the U.S. Print and Photographs Division of the Library of Congress, The Permanent Prints Collection of The Museum of Fine Arts, Boston, The Los Angeles Contemporary Art Museum and published in lots of rad books and magazines.

His work was once called "pretty heavy..." by a guy who happened to be walking by when Zoltron was drawing on a dumpster. ∆ 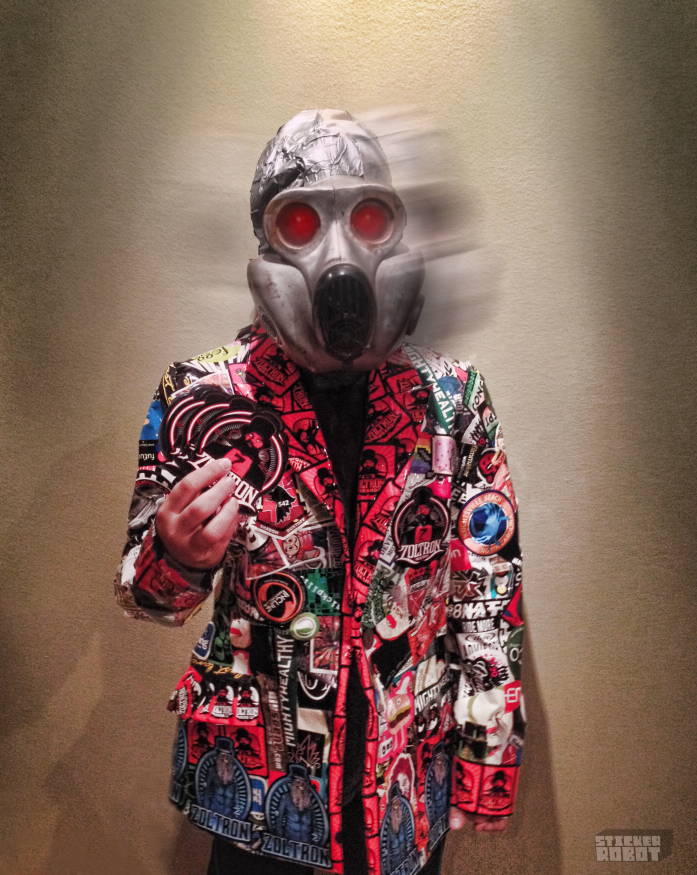 Celebrating our 3rd Anniversary, Haight Street Art Center is proud and pleased to announce 2020, an eclectic online exhibition of works from 13 members of the HSAC family. Posters, Drawings, Tests and Treasures…be sure to check out 2020, beginning this Wednesday.

Each day, Wednesday, July 22nd through Saturday, July 25th, between noon and 3:00pm Pacific Time, we will randomly release a dozen or more artworks into the 2020 Collection, on this page.