Home / From Jefferson Airplane to Starship: A San Francisco Story

From Jefferson Airplane to Starship: A San Francisco Story 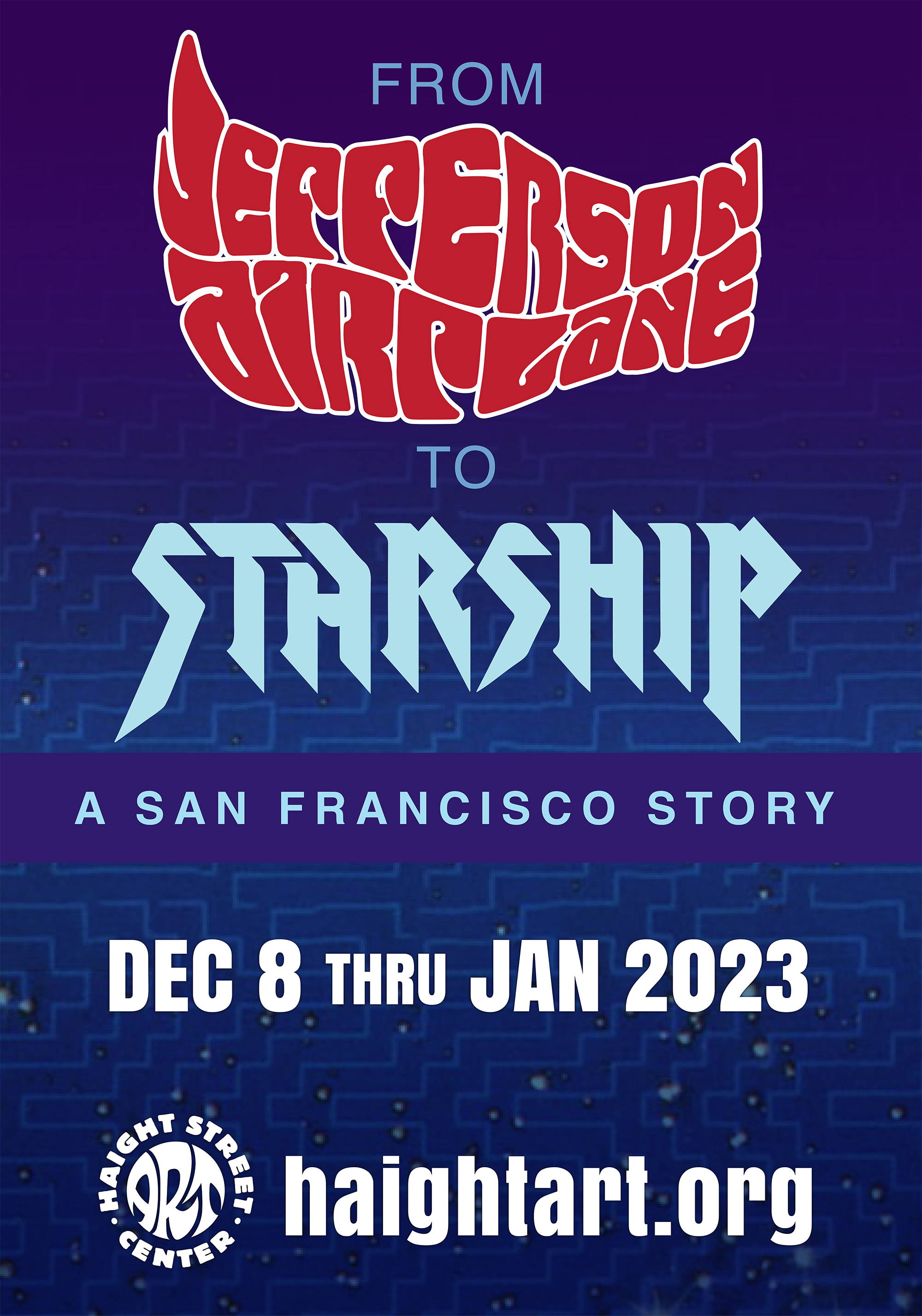 The Haight Street Art Center is pleased to announce the opening of their new exhibition, “From Jefferson Airplane to Starship, A San Francisco Story.” Drawn from the Center’s collection of historic posters, the exhibition provides an artistic survey of the rise of an iconic rock band, from its origins to their headlining appearances at the Fillmore Auditorium and beyond. “The story of the Airplane is a quintessential San Francisco story,” Kelly Harris, Executive Director of the Center explained. “They were there at the dawn of the Haight-Ashbury’s bohemian community, and they charted the rise of the San Francisco sound as it entered the mainstream and came to define a generation.”

The Jefferson Airplane performed at the first dance-rock concerts held by the Family Dog and Bill Graham in the fall of 1965, and they went on to headline the city’s premier dance halls as the scene took shape in 1966 and 1967. They were the first Haight-Ashbury band to sign with a major label, and their swiftly evolving music traced the rise of psychedelic rock, from its origins in folk, blues and jazz to its mature culmination, a sophisticated synthesis that made the music the soundtrack of an era. The Airplane’s lyric prowess and musical innovation made them exponents of the new music and scene, just as their concerts made them internationally famous performers. After the demise of the Haight, they continued to evolve as the Jefferson Starship before a triumphant reunion in 1989, with a stellar roster of musicians whose work traced the seismic changes that the music industry and the nation experienced in the 1970s and after.

This exhibition traces the band’s early years through the rich array of poster art they inspired. Drawing on the Haight Street Art Center’s extensive archives, “From Jefferson Airplane to Starship, A San Francisco Story” will show how the poster art of the Airplane traces the history of San Francisco rock, from the progenitors of the music they shared the stage with to their peers, all friends who jammed with them, worked with them, and shared hundreds of memorable nights.

As authentic pioneers, the Airplane are a central part of why San Francisco became “the Liverpool of America,” in the words of famed local critic Ralph J. Gleason. Their recent award of a star on the Hollywood Walk of Fame is well-deserved and long overdue recognition of their enduring stature; this exhibition shows why.